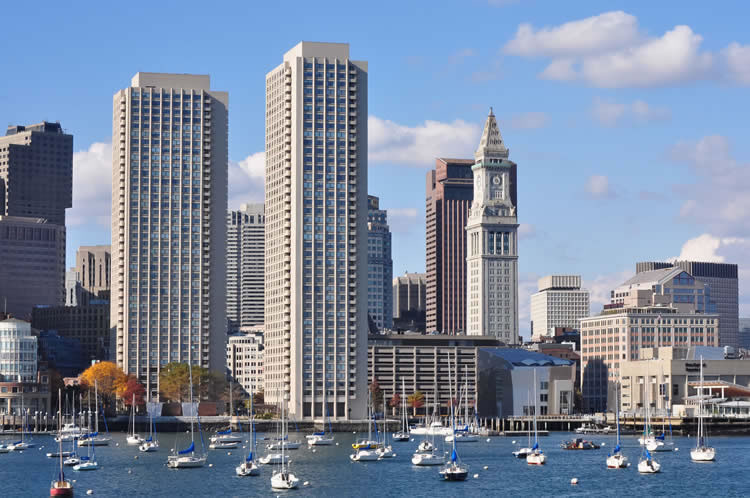 Boston is one of my favourite cities on the East Coast. Intercity transport is made easy by having both a subway and a Hubway, and of course cabbies are everywhere and are always strong on conversation.

If I had to sum up this year’s conference with one phrase, it would have to be: out-of-the-box thinking.

The keynote speech was given by Professor Bharat Anand of the Harvard School of Business, whose expertise is in the areas of digital strategy, corporate strategy, and media strategy — in other words, digital marketing. The title was “Lessons from the Digital Transformation of Media”. Professor Anand believes that MSOs need to move from a product-centric to a consumer-centric way of thinking. The state of TV in 2015, as well as increasing competition from both broadcast and consumption, is interestingly enough at the same state it was in back in 1986. He states that the winning strategy is to answer two fundamental questions: “Where do you play?”, and “How do you win?”

It’s important not to look at the obvious, but think of the opportunity. For example, you would think that a substitute to power tools would be a handyman or duct tape, but actually, it is a dress tie. On Father’s Day, these two objects (power tools and shirt ties) are in direct competition as substitutes, but if you combine socks with the shirt tie, then you have a complement and possibly a more compelling reason to choose one over the other. Other examples of complements are: hot dogs and ketchup, cars and roads, tires and restaurant guides, hardware and software, and ‘Piracy’ and Silicon Valley.

Another point that Professor Anand emphasized was user connections as strategy, which is very persuasive in digital markets. It has the power to overwhelm product quality with small changes that have huge impacts on a business. It is noted that user connection is under business control, and requires an understanding of user behaviours.

Tying it all together as I sat watching and listening, I thought about a very interesting presentation from Sony Playstation and their product VUE, which provides TV content via Sony Playstation 4. Here is a thought from a complement perspective: MSOs can bundle the PS4 with an Internet and VUE package to target gamers. Sony Playstation folks mentioned that MSOs could be used as distribution points for the Sony Playstation 4/VUE. This would increase an MSO’s subscriber base, as well as its points of transport to make customers more sticky.

This brings me to the final point from the presentation: network effects are persuasive, or in other words, bring a “mob mentality” or the “Jones effect”. If the Smith family has the Gamer’s Package, the Jones family will want it too.

I must say, leaving that presentation made me feel smarter.

I also attended a very enlightening presentation given by well-known Wall Street analyst Craig Moffett, titled Cable: Next 10 Years. Moffett started his presentation by looking at cable over the last 10 years with three tenets:

Next on Moffett’s agenda were the next 10 years. Cord-cutting is finally accelerating, and growth is down for pay-TV. Moffett says new conditions are coming in the future:

Broadband pricing is the last lever to pull, but the pricing power risk is attracting regulatory attention. Now, regulation is the central issue and is like threading a needle, as many important questions are left unanswered:

Some businesses may not be big enough to move the needle.

In conclusion, I came out of this conference feeling a little smarter and will be adding some of these new thought processes into my own strategies. The experts all seem to agree that the cable space is still a good place to invest in.