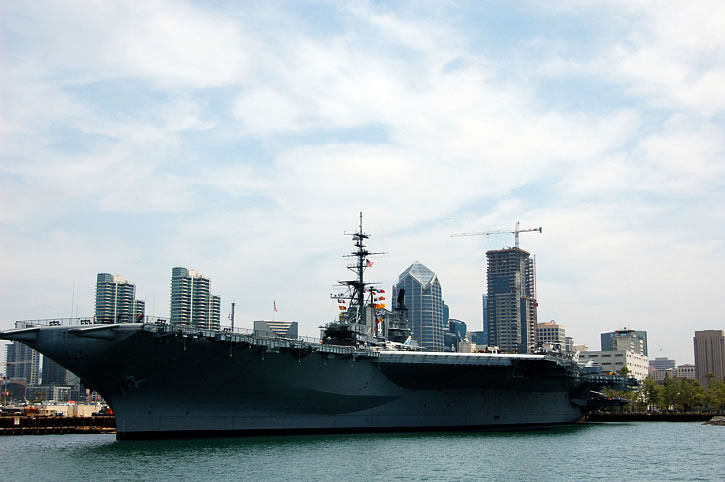 The event stands out for its family-friendly nature, with attendees able to bring their families along with them to enjoy the show and associated events. One of the highlights this year was dinner aboard the USS Midway Museum, where I attempted the flight simulator only to discover that, sadly, I am far from “Maverick” in Top Gun.  But now to report on the actual event…

The future of broadband was the main focus of The Independent Show 2013. In particular, the event highlighted how the convergence of video, phone, Internet, and wireless broadband is shaping the industry. As with previous years, the show focused strongly on the programming community and there was no shortage of new, emerging programming to keep attendees interested.

One of the breakout sessions focused on the growth of high-quality over-the-top (OTT) content distribution and how NCTC members could take advantage of this trend to target subscribers drifting away from traditional cable. Providers are already developing new partnerships and business models to make the most of OTT content. For example, Vuguru is a premium content programmer that has developed multi-project licensing and distribution deals with AOL as well as Yahoo! and recently launched original programming on Hulu, Syfy Digital, CW Digital, and YouTube. The company is also active outside the United States — Rogers Media licenses Vuguru titles in Canada while Fremantle Media International will begin distributing Vuguru titles across all digital, linear, and home entertainment platforms outside North America later this year. Currently, Content Media and BBC Worldwide also distribute Vuguru titles internationally.

There’s no doubt that OTT content is growing in popularity. The online program DanceOn recently attracted 26 million online viewers for its season finale — ratings comparable to American Idol and So You Think You Can Dance. OTT distribution clearly has some advantages, such as flexibility in programming, where shows can run continuously throughout the year, as opposed to traditional cable programming, which is tied to seasons.

Attitudes towards OTT content at The Independent Show 2013 mirrored the results from our recent OTT Challenges and Opportunities Survey, with operators more concerned with bandwidth capacity than cord cutting. There’s been a reverse trend in data versus video growth, with the latter declining as subscribers switch over to OTT content.  Some operators have started embracing OTT technology by adding streaming video to their programming over broadband, which in turn helps to slow down or distract from cord cutting.

One of the biggest challenges, however, has been the introduction of metered billing, since cable is not traditionally metered and subscribers can opt to watch as much or as little of a specific channel in a purchased program as they wish. In the future, this may change as more providers look at metering and/or signal bandwidth throttling — policies that could irk existing customers. To give you an idea of the bandwidth that subscribers use, Roku, a market leader in streaming entertainment devices, recently reported that the average household consumes 60GB per month, with power uses consuming as much as 100GB.

It remains to be seen how TV Everywhere will play out and evolve in this new video landscape. Every year, TV Everywhere seems to show promise but it’s yet to become mainstream. This concept has been around since 2008 and last year was supposedly the year it would make its mark — but many service providers have been slow to adopt it.

It seems clear from my visit to The Independent Show that cable providers are aware of the challenges that come with OTT services but they are willing to capitalize on this technology to deliver a better experience to subscribers. It’s an exciting time for the industry, with the future of broadband offering a range of new possibilities for providers and customers alike.